Statin Drugs: Worse Than We Thought? Designs for Health

“Pharmacological evidence and clinical trial results support the interpretation that statins stimulate atherogenesis by suppressing vitamin K2 synthesis and thereby enhancing artery calcification. Statins cause heart failure by depleting the myocardium of CoQ10, ‘heme A’ and selenoproteins, thereby impairing mitochondrial ATP production. In summary, statins are not only ineffective in preventing CHD events but instead are capable of increasing CHD and heart failure.”

The authors of a paper in Expert Review of Clinical Pharmacology didn’t hold back in their scathing condemnation of statin drugs. The abstract alone is quite an indictment of these drugs: “In contrast to the current belief that cholesterol reduction with statins decreases atherosclerosis, we present a perspective that statins may be causative in coronary artery calcification and can function as mitochondrial toxins […] the epidemic of heart failure and atherosclerosis that plagues the modern world may paradoxically be aggravated by the pervasive use of statin drugs. We propose that current statin treatment guidelines be critically reevaluated.” 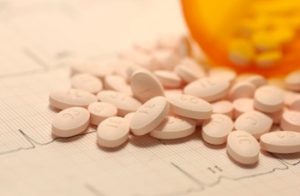 Controversy over the use of statin drugs is nothing new. The FDA acknowledges that these agents increase risk for development of type 2 diabetes (such as was shown in the METSIM cohort), possibly due to inhibition of protein prenylation, an important step in proper insulin secretion from pancreatic beta cells. This is alarming, considering statins are often prescribed in lock-step with a diagnosis of type 2 diabetes, owing to the cardiovascular complications that typically result from this condition. If statins come with a risk for elevated blood sugar—and Mayo Clinic informs the public that they do—then it seems counterproductive for patients trying to lower chronically elevated blood sugar to take a drug that does the opposite.

Moreover, ironically, frequent statin use is associated with acceleration of coronary artery calcification among type 2 diabetics with advanced atherosclerosis. This finding fits in with numerous studies showing that while statins are effective for lowering LDL cholesterol (LDL-C), a reduction in LDL-C doesn’t automatically translate into improved cardiovascular outcomes or reduced mortality. For example, use of torcetrapib, an inhibitor of cholesteryl ester transfer protein, “resulted in an increased risk of mortality and morbidity of unknown mechanism.” (Emphasis added.)

“Since the introduction of statins to clinical medicine in 1987, several kinds of statins were reported to be effective in lowering LDL-C and also preventing CHD events (mostly in 1990s). However, unfair and unethical problems were associated with clinical trials reported by industry-supported scientists, and new penal regulations on clinical trials came into effect in 2004. After 2004–2005, all clinical trials, performed by scientists relatively free of conflict of interest with pharmaceutical industries, reported that statins were effective in lowering LDL-C but no significant beneficial effects were observed for the prevention of CHD.”

So if the point of statin drugs is to reduce serum cholesterol levels in order to protect cardiovascular health, but statins don’t always do this—and may, in fact, exacerbate existing damage and trigger new pathologies—then why are they still so widely prescribed?

Other alarming “side effects” of statins Mayo Clinic and FDA cite are cognitive impairment, confusion, fuzzy thinking, memory loss and forgetfulness that “span all statin products and all age groups.” FDA acknowledges that “the symptoms were not serious and were reversible within a few weeks after the patient stopped using the statin” – but how often do physicians advise patients to discontinue statin use?

The potential neurological and cognitive effects of statins are especially troubling considering that higher cholesterol later in life is associated with reduced risk for dementia. Older individuals with higher serum cholesterol have better cognitive function than those with lower cholesterol, leading researchers to write, “low cholesterol may serve [as] a clinical indicator of risk for cognitive impairment in the elderly.” This seeming “paradox” or “reverse epidemiology” is not limited to cognitive function. High LDL-C is inversely associated with mortality in most people over 60 years, which has researchers questioning the validity of the cholesterol hypothesis overall, and calling for a re-evaluation of guidelines that recommend reduction of LDL-C in the elderly.

After decades of low fat diets and demonization of dietary fat, we now understand that the “French paradox” and “Spanish paradox” aren’t paradoxes, and that fat—including saturated fat—is not anathema to good health. So perhaps higher cholesterol being protective later in life is not a paradox at all, nor is it “reverse epidemiology.” Maybe we have simply been very wrong about cholesterol all along—at least in some ways.

The Expert Reviews paper discusses additional mechanisms by which statins may directly contribute to cardiovascular damage, such as inhibiting the synthesis of vitamin K2, which is required for activating enzymes that control calcium trafficking in the body—that is, depositing it into bones and teeth and keeping it out of soft tissues, such as arterial walls. Another key mechanism is, of course, inhibition of CoQ10 synthesis and the resultant impairment of the electron transport chain leading to decreased ATP production. This may be responsible for the well-known symptoms of fatigue and muscle pain and weakness frequently reported among statin users. The implications are not trivial: “Statins have been demonstrated to decrease the concentration of mitochondria in muscle, oxidative phosphorylation capacity and skeletal muscle mitochondrial DNA levels. In view of this obvious skeletal muscle toxicity, it would be naïve to assume that statins would not likewise negatively impact the much harder working heart muscle cells, which have exceedingly high ATP requirements.”

This is not intended as an across-the-board condemnation of statin drugs. These medications may be warranted in some cases and there are patient groups for which they may be beneficial. But the increasingly worrisome “side effects” – which are not really side effects at all, but are direct consequences of disrupting the mevalonate pathway – warrant exercising caution with the prescription pad. If it’s determined—if—that a patient’s cholesterol level is directly harmful to their health, there are alternative methods to lower it that are free of the problematic aspects of statins.