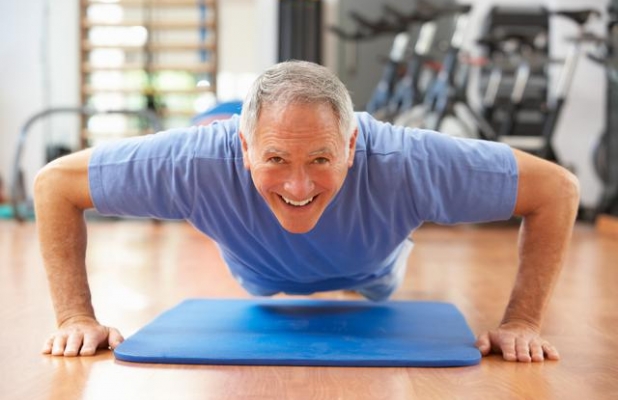 Though often referred to as “male menopause”, andropause is more than the male equivalent of menopause, as it presents its own unique set of symptoms, causes and patterns of onset. Andropause refers to the process a man undergoes when the body produces fewer androgens (male hormones). The hormone most strongly affected is testosterone, as it is the most dominant of all the male hormones we know of. Testosterone not only plays a vital role in male development, it greatly affects the overall health of a man’s body and mind.

Testosterone directly influences many bodily functions and organs, including the heart, prostate, muscles, blood sugar, fat metabolism, bone density, libido and mental cognition. Sudden mood changes, depression and anger also may result from andropause. The decline of testosterone production gradually starts in the early thirties and continues through the mid-fifties.

In contrast to menopause, which happens over a much shorter period of time, the signs of andropause creep up gradually, making an accurate diagnosis tricky. Signs and symptoms of andropause can include loss of libido, enlarged prostate, weight gain, osteoporosis, sterility, urinary problems and infections, and digestive problems.

According to Culley C. Carson, M.D., Boston University, School of Medicine, it is estimated that more than 60 percent of men over age 65 have free testosterone levels below the normal values of men in the 30 to 35 age range. While the incremental loss of testosterone represents the natural life cycle in an aging, healthy male, more severe levels of decrease can prove detrimental.

According to classical Oriental medicine texts, the physical and emotional effects of aging in general occur largely due to, but not limited to, the decline of the Mingmen Fire. Also known as the Ministerial Fire, it resides near the spine, between the two kidneys and at the level of the umbilicus. This life-giving force is the fuel from which all the organs of the body draw from. For instance, the Mingmen Fire provides the warmth and energy needed to stimulate the large intestine. Once in motion, it can perform its job of excreting waste from the body.

One reason why a man may experience the loss of libido or infertility in his middle or later years is due to the waning of the Mingmen Fire. If this is the case and the fire is out, other signs such as frequent urination, sore lower back or knees and/or lethargy may also be present.

For men, the onset of andropause may be gradual and, as such, the symptoms hard to diagnose. The natural decline of the Mingmen Fire or Ministerial Fire may also compound or worsen symptoms of andropause. When the Ministerial Fire is out, the body becomes cold and old age sets in. However, long before that, many of the mild to more severe conditions may respond very well to different acupuncture and Oriental medicine therapies.

Easing the Transition through Menopause

As women enter the autumn of their reproductive years, major physiological changes occur that may give rise to symptoms of menopause. Like a plant going through many changes with the cycle of the seasons, it is natural for a woman in her middle years to cease menstruating on a regular cycle and to experience mild to extremely uncomfortable symptoms as a result.

The winter season of life, or menopause, is a time to take shelter and preserve energy. This is a quieter, calmer phase of life in which a healthy woman may need extra support to feel comfortable in her body as it changes. Age should bring wisdom, not excess heat and dryness that cause unnecessary discomfort. As women move from autumn to the winter phase of their natural feminine cycle, it is reassuring to know that acupuncture and Oriental medicine can be integrated into your health plan to support this transition.

Some of the most common symptoms of menopause include hot flashes, night sweats, dizziness, insomnia, irritability, mood swings, osteoporosis and dryness. Acupuncture and Oriental medicine offers a variety of treatments for menopause, often including suggestions for lifestyle choices and diet, which may reduce the severity of symptoms. Avoiding spicy foods, hot beverages, caffeine, alcohol and cigarettes may help prevent the onset of hot flashes, night sweats and other symptoms. All of these foods and substances irritate the body. Cigarettes are considered to be particularly detrimental for menopausal women, because as the smoke enters the body, it dries up yin and fluids, which need to be preserved during menopause.

The organ system most involved in producing these symptoms of menopause is the kidney, specifically the decline of kidney yin. Kidney yin is like a cool, refreshing reservoir of water and when it dries up, heat and dryness more readily ensue. In general, yin represents the nourishing, cooling energies. When it reduces, metaphorically speaking, there exists in the body less water to put out the fire. Yang energy represents the moving, active principle, which is like the rays of sunshine providing the sustenance needed for plants to thrive. However, when in excess, heat destroys plants and leaves them brown, dried and withered. Based on this premise, it makes sense that menopausal women experience excess heat signs such as hot flashes and irritability.

According to the Huang di Nei Jing, the body dynamics of women significantly change every seven years. At 35 years of age, the blood and energy (Qi) of the Large Intestine and Stomach Channels start their decline. Here we see fine lines on the face and neck, thinning hair and a drier quality to the skin. For a woman of 42, these same channels weaken further as evidenced by deepening wrinkles, hair color changing to gray or white, and the continual loss of skin moisture and elasticity. At 49, a woman’s Conception Vessel and the related meridians exhaust themselves, giving rise to symptoms of menopause.

The changes in these meridians lead to the cessation of menstruation and loss of fertility. The Conception Vessel, or Ren, Channel is called the Sea of Yin. It is closely associated with pregnancy, fetal development and reproductive health in general. The Chong Mai, or Chong, Meridian is known as the Sea of Blood. It heavily influences blood flow in the uterus and the menstrual cycle.

In July of 2014, the North American Menopause Society (NAMS) conducted a large-scale analysis of previous scientific studies examining the role of acupuncture in reducing various symptoms of menopause. Out of the 12 studies analyzed, researchers concluded that acupuncture positively impacted both the frequency and severity of hot flashes. NAMS executive director Margery Gass, M.D. stated, “The review suggested acupuncture may be an alternative therapy for reducing hot flashes, particularly for those women seeking non-pharmacologic therapies.” While hot flashes may not pose a health risk in and of themselves, the severity of them may affect quality of life and cause great physical and emotional stress. 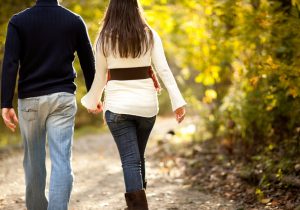 There are many things that can provoke mood swings, such as chemical imbalances in the brain, side effects from medications, everyday stressful events and, in the case of women in menopause or men going through andropause, fluctuations within the hormonal system.

Rapidly changing moods can present quality of life issues and may be a symptom of a larger problem. Even the emotion of joy, when taken to the extreme, can lead to an unhealthy and exhausting expression of mania.

From the perspective of acupuncture and Oriental medicine, symptoms of menopause and andropause reflect the changes in an individual’s level of yin and yang. Together they reflect the belief that the universe consists of two opposing, yet complementary energies. The interplay of yin and yang is the process that maintains balance in the world.

This philosophy of yin and yang can help explain the condition of a menopausal woman who is suffering from severe mood swings and hot flashes.

In this example, the fluids and cooling factors, which represent yin forces, are said to be drying up as a woman undergoes the process of menopause. This means the yang forces, manifesting as excess heat in the body, become stronger, which ultimately may be experienced as hot flashes and mood swings.

A study published in the journal Acupuncture in Medicine, owned by the British Medical Journal, brings good news about the use of acupuncture and Oriental medicine in treating these issues.

The patients receiving proper acupuncture treatments received a statistically significant reduction in mood swings and hot flashes, as compared to the sham acupuncture group. The authors of the study were able to conclude that acupuncture could be a viable therapy to treat symptoms of menopause.

While menopause and andropause are perfectly natural conditions for aging men and women, for some, the severity of symptoms can be debilitating.